We Have A Job To Do 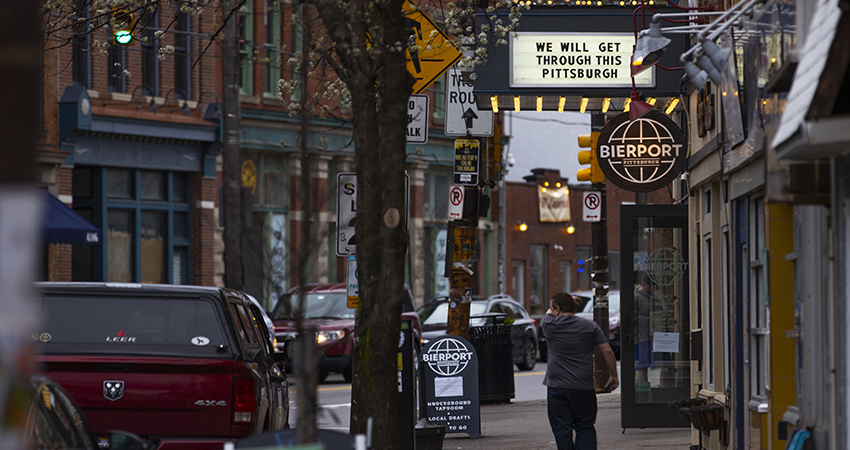 The 2017 movie Dunkirk recreates the powerful moment early in WWII when several hundred thousand British and French soldiers, trapped between the sea and the advancing German army, were rescued by a flotilla of civilian and commercial ships. It was a magnificent act of brave, collective action in the face of a relentless enemy.

That scene has come to my mind often in recent weeks. A similar heroism has surfaced in our community as we all try to deal with the biggest social and economic catastrophe our country has faced for a generation or more.

Clearly, this country should have been better prepared and ready to respond to a threat we knew was coming for literally months, and frankly years before that. Yet here we have found ourselves, hemmed into semi-isolation by a public health emergency that is wreaking unprecedented havoc on lives and livelihoods across our region, keenly aware that whatever rescue comes must at least in part come from ourselves.

Everywhere you look in this town right now you can find the spirit of that ragtag band of mariners that crossed the English Channel and saved a nation. In the movie, a private citizen played by Mark Rylance tells his son, “There’s no hiding from this, son. We have a job to do.”

"We have a job to do” seems to have become the mantra of Pittsburgh right now.

Our commanders on the ground, led by County Executive Rich Fitzgerald and brand new County Health Director Debra Bogen, have acted decisively, communicated clearly, and partnered eagerly. Our health care systems and workers have thrown themselves into preparations with a combination of careful analytics and, for the medical professionals and workers on the front lines, great personal courage. Companies like MSA have stepped up to contribute desperately needed health care supplies. Foundations, leading agencies and government have formed teams to deal with a broad range of social crises arising from this threat.

A host of other essential workers employed by groceries, gas stations, transport, and public utilities, to name a few, have continued coming to work despite the risks they face to serve us all, and other individuals have done their part by staying home. On the front lines also is our nonprofit sector, defying exposure to personal risk to maintain critical programs and services that feed, shelter, and care for the vastly increasing ranks of vulnerable families and individuals. You don’t read about them much; they are too busy delivering food to put out press releases. And they are hit doubly hard by a massive surge in demand with diminished resources.

Just as quietly inspiring has been to engage with the most motley crew I have ever seen assembled—entrepreneurs, makers, foundations, university professors, and experts in innovation, design, biomedicine, and additive manufacturing—who have come together in virtual, self-organizing teams to counter critical shortages of ventilators and other medical equipment. It remains to be seen whether their efforts will bear fruit in time to blunt the pandemic’s worst—we are still in the suspense-filled middle of this real-life movie—but no one can question their commitment.

It is a genuine spirit of compassion and caring in our region that is awe-inspiring. This massively distributed response, given direction by local leadership but impelled by a combination of individual ingenuity, initiative and drive, feels very much like a flotilla of ships crossing a hazardous sea. To borrow a phrase, we are the rescuers we have been waiting for.

If there is a true antidote to this virus, barring the obvious and urgent need for a vaccine, it is the indomitable sense of community that ties us together. This virus, driving us so urgently apart, has a paradoxical message: we can only save ourselves by recognizing how interconnected and dependent on each other we truly are.