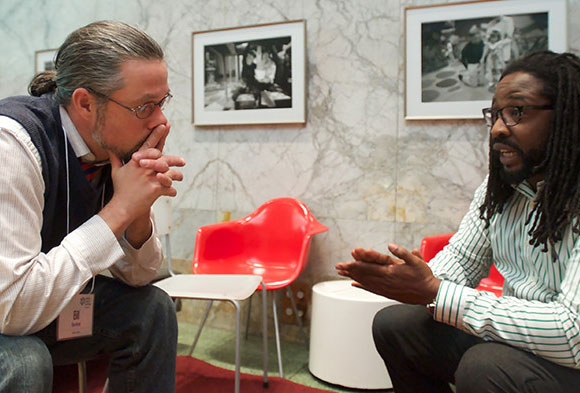 This Endowments-funded study, “Portrayal and Perception II: Content Analysis of Pittsburgh Media Coverage of African Americans,” was conducted by Upstream Analysis, a Eugene, Oregon-based media measurement and research firm, as a follow up of a 2011 analysis by the Pew Research Center’s Project for Excellence in Journalism that was published in “Portrayal and Perception: Two Audits of News Media Reporting on African American Men and Boys.” The new report was designed to determine if progress had been made in media coverage of black people in the Pittsburgh region and to include a review of coverage of black women and girls.  Unfortunately, it shows that there was a lack of demonstrative change and that local media coverage of African Americans still focuses on crime and sports.

The Devaluation of Business in Black Communities

To better understand how consumer-oriented markets work in black neighborhoods, this Endowments-funded report studies the financial performance and customer ratings of private enterprises in 86 metropolitan areas across the country with large black populations.

Heinz Endowments President Grant Oliphant opens this special issue of h exploring criminal justice reform with an essay on combatting false stories about crime with true ones about an unfair system and the need for change. Other articles in the magazine examine different reform eff orts in the Pittsburgh region and elsewhere in the country. The stories also reveal the need for change because of the impact that a broken system has on the lives of individuals and families. (This is the complete issue - individual stories are available below.)

Which side are you on?

Heinz Endowments President Grant Oliphant explores criminal justice reform with an essay on combatting false stories about crime with true ones about an unfair system and the need for change.

In "Rattling Cages" by Tony Norman, presidents of the MacArthur, Joyce and Ford foundations—leaders in promoting and supporting criminal justice reform across the country—discuss their organizations’ reform approaches and their impact.

The United States incarcerates more people than anywhere else in the world. The numbers are disheartening for the country and for Allegheny County, where Pittsburgh is the regional center. That’s especially the case when looking at racial disparities and at those incarcerated without having been convicted of a crime. "Behind the Bars" shines a light on the statistics.

"The Restoration Project," by Heinz Endowments Equity and Social Justice Director Carmen Anderson, explains how an overpopulated county jail, thousands of local children with an incarcerated parent, and racial disparities throughout the criminal justice system are among the reasons for an Endowments reform initiative.

In "Idea Exchange," Endowments Communications Officer Carmen J. Lee reports on a University of Pittsburgh forum about addressing the school-to-prison pipeline that provided ideas on how schools and communities can better support students.

The pathway to incarceration often starts early, with many scholars today pointing to school discipline policies as a significant contributor. Race also plays a major role, with disparities mirrored in data from the school system to the juvenile justice system. Review the statistics here.

The Face of Force

"The Face of Force," by Rob Taylor Jr., recounts the story of how Leon Ford survived being shot by police during a traffic stop and explains how his case and others are being used to seek changes in Pennsylvania’s use-of-force laws.

In "Policing Relations," Rob Taylor Jr. describes how, against the backdrop of some high-profile police-involved shootings in the region, Pittsburgh police say positive community outreach is a priority for law enforcement.

"Rally for Change" is graduate student Kelcey Bailey’s first-person account of a Harrisburg rally that provided a close-up look at people of different backgrounds demanding new state use-of-force laws following the acquittal of a police officer who fatally shot an unarmed black youth.

In "Safety Keeping," Jacob Winningham reports on an Allegheny County law enforcement video about police encounters with people on the autism spectrum, which is one example of projects aimed at educating officers about mental health issues.